Sunday; what a day. Never mind the 10,000 meter dash I had to run, the dash to get to the start line on time was stressful enough! That being said I loved every waking moment. 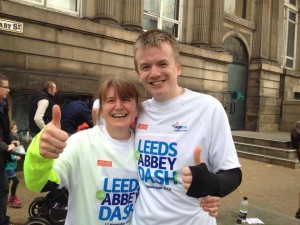 After snoozing my alarm the traditional 6 times I dragged myself out of bed and pulled on my kit before nigh on falling down the stairs to scoff down some toast donned with beans and eggs as well as plenty of crumpets. After all no one wants to collapse mid run!

Fast forward to 08:30 and we’re running in less than an hour although my mum (pictured left) can’t find her bib number. Thankfully she finds and eventually we dive into the car and zoom into town, park up and wade our way through the crowd to the starting pen. Phew. 08:55. Five minutes until the warm up. Made it. Then the nerves started to kick in and I was beginning to regret the huge morning feast.

I wont bore you with the details of the run itself as there isn’t much to say other than the camaraderie between the runners was fantastic. The sense of companionship between each other even though it was fleeting was amazing; we were all there to do the same thing and we all knew we were in it together. Although the encouragement did not just come from my peers alone, on the contrary the crowds were immense in both size and support.

Alas, I’m afraid I do have to apologise to the poor water boy who I think I accidentally punched in the face in my haste to grab some water (which ended up all down my front) at the 5km point.

In the end I crossed the finish line smashing my goal of sub 50 minutes with a proud 42:44. I had an amazing day even if after all those weeks of prior training the race itself was over in just a couple of hours. 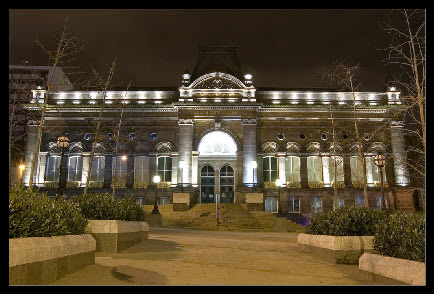