Millie’s Story. In her own words.

My name is Millie and I am 20 years old. I have a neuro-development disorder called Asperger’s Syndrome. Before I became a Talent Match Ambassador, I didn’t feel that I was understood. I found it difficult to communicate with people and that made me feel isolated. All through school I was bullied because no one understood me and how I work.

In 2017 I joined TYA’s Ambassador programme. As an Ambassador I participated in several workshops, some of them were skills sessions such as cooking, but during a communication session where we talked about barriers I really looked into my condition and decided that I wanted to raise awareness and to be a voice for young adults with learning difficulties.

With other Ambassadors I went on a residential which I thoroughly enjoyed. One of the activities we took part in was weaselling, which is climbing and crawling around rocks, and another was abseiling. I thought both the activities were fun, but along with fun they helped me to socialise with people in my group who I didn’t know. I got to know people during the residential and I ended up building friendships that I still have today.

Being a TYA Ambassador has made a positive impact on me by building my confidence. It’s helped me to stand up and talk in front of others, be better at communicating and making new friends. I feel as though I have matured a lot and become more independent; this has also come from gaining employment through Talent Match. 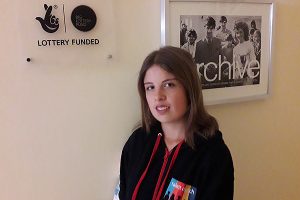